With environmental concerns at the forefront of discussion in many groups today, from private to political, clean, renewable energy is a consistent talking point. Coal and fossil fuels remain a staple of modern infrastructure, but they present two major problems. For one thing, these fuel sources are effectively finite. They also produce CO2, or carbon dioxide, which is one of two main contributors to global warming. Clean energy is here, however, and it appears to be making great strides toward a clean and renewable future. A much better way of living. The question on the average person’s mind is “which clean energy source is the best for my needs?” Here’s what you need to know.

One of the more definitive factors when deciding to upgrade to clean energy is that of the cost effectiveness of these energy sources. Generally, speaking, solar panels, wind turbines, and hydroelectric generators will save you money in the long run but require a hefty investment up front. Solar energy saves the least money over time, but it’s also the most affordable to install. Furthermore, there are solar panel financing options to decrease the initial cost even further. This makes the solar option perhaps the ideal “starter” for people looking to start someplace to get into the clean energy transition.

Hydro generators are more costly to install, but extremely cost effective overall. Wind Turbines fall somewhere in the middle in terms of general cost effectiveness but require a staggering fee to install.

It is worth it also to take a bit of time to research grants at the municipal and state / provincial level. Often there are incentives either through taxes or through outright financing from the government to apply some sort of clean energy to your home. As most utilities are government subsidized, there is now an overburden on the resources needed for more traditional means, and yes, even governments are hoping that individual households and businesses will find ways to make the switch to a clean energy option.

Accessibility is a major issue regarding clean energy sources. Wind Turbines, for example, are absolute behemoths, requiring a lot of land as a result. For the average consumer, or a small business, turbines are untenable. However it is an option in some areas, especially rural areas that run wind farms or cities that are in a direct relationship with turbines through a provider, to connect to wind as both a clean energy source, but also as a way to save on your power bills. If you are lucky enough to be close to a “wind factory” you will likely be sold your power at a much reduced rate than from traditional methods.

Solar panels can vary in size but tend to run smaller, making them easily applicable to a variety of situations, both public and private. As with wind farms, where many turbines are placed on large swaths of land, solar farms are also on the rise. The idea is often to “buy into” these projects as a way to get them off the ground as well as to provide a community’s sense of ownership to help build support. People purchase all or part of a panel and then directly benefit from the power supplied once the project is built.

Hydroelectric generators, on the other hand, require more space than solar panels, but less than turbines. The primary issue with hydro is that it requires proximity to a river, so it only benefits a small number of people.  There are two options for hydro-electric clean energy: small independent generators, and large dam projects that are typically taken on by hydro companies.

While large dam projects do provide a clean energy option, there is a large trade off of land that needs to be flooded to accommodate the dam itself. Often the lands that are flooded are prime farming communities in the valleys that benefit from quality topsoil, something that is in even higher demand today. So not only are large dam projects responsible for a loss of that community, but also the natural landscape and soil that goes to waste. With so many clean energy options today (we are only touching on a few here,) it is no longer viable to continue to flood farming regions. Having said this, if you have personal access to flowing or running water, a small hydroelectric generator can be extremely useful and often provide much more power than is needed.

The efficiency of the harvesting of these energy sources seems to parallel their cost over time. Depending on where you live, solar panels can be the least cost effective over time and are the least efficient if compared to large scale wind energy capture. Wind Turbines are more efficient and save the owner even more money over time, although obviously to install large scale wind turbines one would need a large acreage. However, there are the options to buy into a large operation such as already mentioned, or to invest in a home friendly version if your rooftop or situation allows for it.

Hydro electric is the most efficient and saves the most money in the long run, although, again, with a fairly large trade-off. If one is considering the use of an already existing dam, this is a fair statement, however the building of new dams is not only inefficient, it is detrimental.

Solar is the most affordable option. However it is important to know how to maintain your home`s solar panels, and also to weigh the cost of upgrades against the practicality of usage. For example, if you are building a new home, implementing solar panels or roof tiles into the plans makes far more sense than retrofitting an older home.  There are extremely simple and inexpensive modular fittings that make more sense for such a project, laying the panels on an existing roof structure rather than tying it in.

Much like efficiency, the cleanliness of these alternative energy sources seem to correspond roughly to their cost., but the relationship is an inverse one, it seems. Solar panels are the least clean energy source (as their production and manufacture still leave room for improvement), while turbines seem to be the cleanest form of renewable energy, currently. Solar energy offers convenience in terms of the lower upfront cost and space requirement, but it lags behind in cleanliness. Each of these forms of energy are much much cleaner than traditional combustible fuels however.

Each of these energy sources provides consumers and corporations with certain challenges to overcome. For example, solar and wind energy are gathered at the whims of Mother Nature; this means that there isn’t always a consistent supply of energy from these sources. Those who can afford the cost and spatial requirements tend to use both wind turbines and solar panels for that reason, and either energy source is extremely limited without the aid of on site storage for excess power. Some sort of battery system must be set up to store the excess energy as it’s collected so that it can be used during a time when the source isn’t available (for example, at night time in regards to solar energy). Hydroelectric generators, on the other hand, would have a consistent source of power most of the time, provided the necessary proximity to a river.

In some cases geographically, there are places that one choice is obvious. An area that gets a large, consistent amount of sunlight would obviously benefit from solar installation, while northern climates may be more inclined toward wind, kinetic or hydro-electric.

For those who are thinking of ways to step into a more conscious lifestyle, there are other individual decisions that you can look into to shape a clean energy way of living. One of the obvious choices would be to look into an electric car such as a Tesla or a Volvo.

When you’ve gathered the necessary data and wish to upgrade to a clean, renewable energy source, you’ll have to weigh your options carefully. The most balanced package is that of solar panels, for the reasons listed above, which is why solar is currently winning the clean energy arms race, if you will, and it’s likely the best fit for your needs. Whatever your ideals, whichever seems like the best fit for you, the most important part of the conversation is to be engaging in it. Making sure that the discussions around renewables continues to be a highlighted topic, to ensure that people educate themselves and are not afraid to adjust to a cleaner way of living. 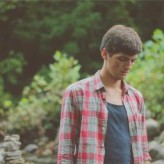 Finn is a lifestyle and wellness blogger. They have a passion for health, fitness, technology, and sustainable living practices. Through their writing, they seek to bring awareness and happiness to the world, one step at a time.