Water is Life, and the rivers are the lifeblood of any ecosystem. For years, rivers in India have been polluted both by industry, and by the large populations that gather alongside the rivers in both daily life, and in large scale rituals. Unfortunately, according to Panaj Vir Gupta of the University Of Virginia’s Yamuna River Project, there has not been the infrastructure available to handle the load of such interactions. As a major tourist destination, the Yumana Ghat on the Yumana River in Dehli India is a major part of the lifeblood of the country.

Thankfully, some serious help stepped up in recent years to assist in the rejuvenation of this integral part of India’s ecology. In addition to the University’s collaborative efforts, the Mahakal Human Services Committee and Environment and Social Development Association (ESDA) jointly organized a program to clean and save the River Yamuna in 2017.  Environmental Activists, Journalists and Social Activists in this program discussed conservation after numerous spiritual leaders and representatives explained the importance of the river and its clean waters to all life. Sri Sri 1008 Kanchan Giri ji Maharaj Joona Akhada & President of Mahakal Manav Sewa Samiti convened to begin the dialogue. Dr. Jitendra K Nagar (General Secretary of ESDA) was the Co-convener of the program.

In the end, one of the biggest differences was made simply by asking the people to step up. Sri Sri 1008 Mahamandleshwar Swami Kailashand Brahmchari Ji Maharaj told the importance of rivers in origin of life and development of human. He explained how rivers are playing a vitally significant role to sustain the life of all living creatures and the need to save these rivers at any cost. Mahamandaleshwar, a title used by some Hindu monks of the Dashanami order of renunciates (“swamis”) founded by Shankaracharya. A person called Mahamandaleshwar has been elevated by his peers to the highest level of traditional, Hindu spiritual guardianship. Today India has 530 Mahamandaleshwars who carry on the work begun by Adi Shankaracharya 1200 years ago. Needless to say, when your spiritual leader speaks about the vital roles you play, you listen. By putting the power into the hands of the people (and a few trash bins) the river was not only cleaned up, but the education and habits of the people was forever changed.

Return Of The Birds

As a major part of the migratory system in India, Dehli plays important roles in seeing these rivers and estuaries protected. However, a census found an alarming drop in their numbers in 2010. Only 112 bar-headed geese came that year compared with 212 in 2009. Similarly the number of gadwal was down to 72 from 302; northern shoveler to 484 from 854; northern pintail 172 instead of 272; only 231 common coot were spotted in place of 355 in 2009; the mixed flock of brown-headed and black-headed gull dropped to 345 from 877 while the Eurasian widgeon came down to 15 from 18

The Saints and activists established 251 Dustbins (Kalash) along the bank of the Yamuna, at the Yamuna Ghat in Delhi, a popular tourist destination. They appealed to all residents of Delhi and nearby States by media to please refrain from throwing their waste directly into the holy river, going so far as to making the dustbins an integral part of the holy river itself.  They appealed for people to use the dustbins (Kalash) blessing them in a ritual with Marigolds. Marigolds are considered pure and are a religious symbol signifiant in Hindu, Buddhist, and Catholic celebrations. As such, in India they are traditionally offered to honour all gods and goddesses, but especially Laxmi and Ganesh. The colours of the marigold are also significant to Hindus.

About 300 members of other organizations participated in this program. Since the cleanup, the river has been reunited with its wildlife. The birds have returned to the Yumana Ghat and their renewal has become a beautiful addition to this attraction. You will see the images of the Ghat tend to include the birds, with some Instagrammers even  posting stunning images of themselves in a boat in the middle of a flock rising up from the newly refreshed and much cleaner waters of the River Yumana. If we are smart as humans, we will endeavour to use this “people power” approach to fix as many other broken areas of the world as we can and work together globally to sustain the planet. 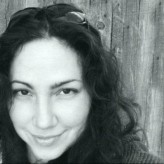