Instagram, less than 10 years old, has over 1 billion users. Over 95 million posts are made on the platform every single day. As you can imagine, this makes the platform pretty significant in our culture. Most of us have an account, and with that, our favorite Instagram Influencers.

One area that Instagram directly influences is fashion. In fact, Instagram would be considered the birthplace of the “Influencer”, one of the newly created “of our times” references that has been used so often that it’s been automatically entered into our vernacular.

The Rise of Influencers

Influencers are a complicated entity. Most celebrities are expected to use their social media platforms to connect with fans and even push products, and yet there is a huge push back from society against this type of marketing. This is likely to have begun with the “Fyre” fiasco, which used influencers and models to promote an event that ended in total disaster, because the influencers in question seemingly did not care about proper representation and instead cared only for the paycheck they received.

Since then Instagram and other platforms like it have put up new tools intended to keep people playing fairly. Sponsored posts now have a tag underneath the username of the photo, stating not only that it is sponsored, but by whom.

For businesses the interest in the influencer is also waning, but not in the way you might think. Brands are moving away from accounts with the largest following, because these numbers can be faked. Instead, they are moving to what is now known as the “micro-influencer”.

Today the influencer of power has shifted. Though big celebrities who post regularly and curate content on Instagram are a hit still – just look at the Kardashians – big name Instagram stars’ power is fading. This does not mean that the power of influencers is any less potent. Influencers still have the ability to sway trends and showcase new brands, but it is the small, “micro” influencers that have the best shot of partnering with brands.

These micro influencers are those with only a few thousand followers, but their engagement is significant. These are the people that really connect with their followers, whose engagement is genuine, and more importantly whose personal brand is solid. They are the ones who you will see with a blog or posting videos, and Q&As. They generally have a message and are in some way trying to help others improve their lives.

Trends and street fashion are born on Instagram, more than they are born on the catwalk nowadays. If you see a retro jacket online appear popular, then it’s more likely because fashion influencers started picking up retro fashion to set themselves apart from the trends found in big name brands’ stocks. Online retailers, such as jack1t.com, can take advantage of this to increase their brand reputation, ensuring their statement pieces are seen on the hottest and most up-and-coming Instagrammers.

One of the more positive aspects of Instagram influencers is the rise in diversity. Now you can find people who represent you in terms of color, style, skin condition, health condition, weight, beliefs, and so on. Their success has spurred the fashion industry to take a more inclusive approach.

By Connecting With Their Communities

Influencers are important because of their communities, but the bigger your name, the harder it can be to really engage with them. That’s why micro-influencers are now today’s choice of marketer, as they are more likely to build a bond of trust between themselves and their followers.

In essence, the place that was once held dear by the world of marketing, the television ad, is now home to the IG account. Brands are aware of the power that connection, even in a digital sense, can give to marketing and using our current addiction to tech as a tool, have found new ways to explain to us why we do what we do, or even… what we wish we were doing.

Related: Is Social media the Cause of Loneliness Among Millennials? 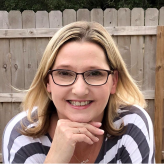