If you’re having some difficulty sleeping next to your partner or are at the start of a new relationship, you might be thinking about solutions. You might need to research the optimal mattress for you, or you might want to rethink your sleeping positions.

There are some standard ways folks like to sleep, and if you strongly prefer a specific position, then it makes sense to keep sleeping that way. The thing is, it can become more of an issue when you’re in a couple.

The Back to Back Method

This one is probably the most common way people sleep together, and for good reason. Sleeping back to back allows both of you to adopt a curled-up posture, facing away from one another.

Some may say it’s a bit cold to turn your back on each other, but others aren’t that bothered by that. When you’re trying to sleep, the only thing that matters is sleeping itself. You can be affectionate over coffee in the morning! 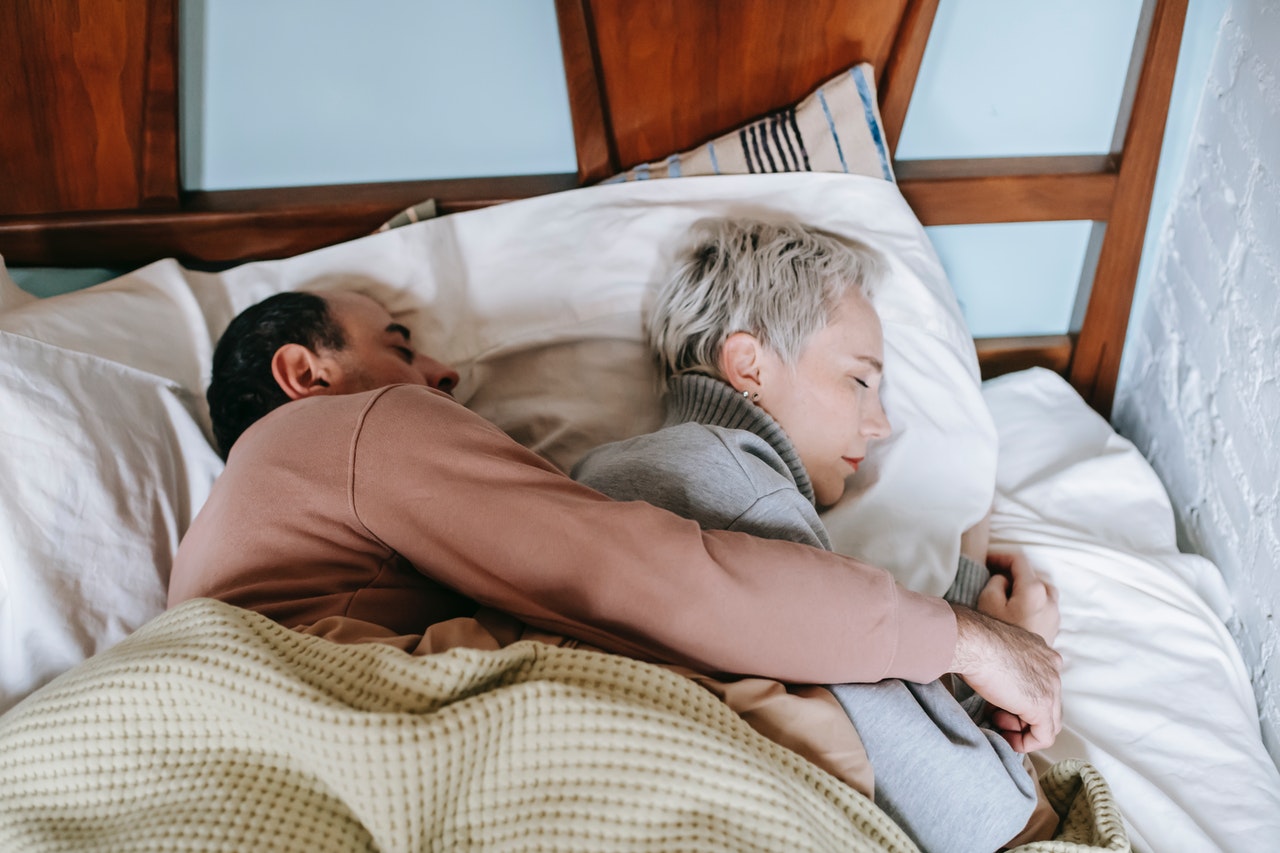 It’s very cuddly and is also a big favorite among couples. There’s just no doubting how very affectionate the posture is while still being relatively comfortable for both people. The spoon is a winning option here.

There is one drawback to the spoon option, though. If either partner wants to move, both of you will have to move in tandem. Part of the loving appeal of this position is its closeness, but this is also its downfall.

In reality, quite a lot of folks adopt this pose for shorter periods of time. It’s a lovely way to snuggle during a movie, for example. For extended periods of sleep, however, couples will usually “uncouple” from the pose to sleep more freely.

With spooning, both partners are facing the same direction. With the side-on option, you’re facing each other. It’s the sort of position people get into when there’s something important to discuss while you’re in bed, but fewer actually sleep like that.

Face to face, with your eyes less than a foot apart. That’s the side-on position. Again, it’s a great position for having a chat, but for many people, it won’t seem workable. For one thing, you’d be waking up to each other’s morning breath! 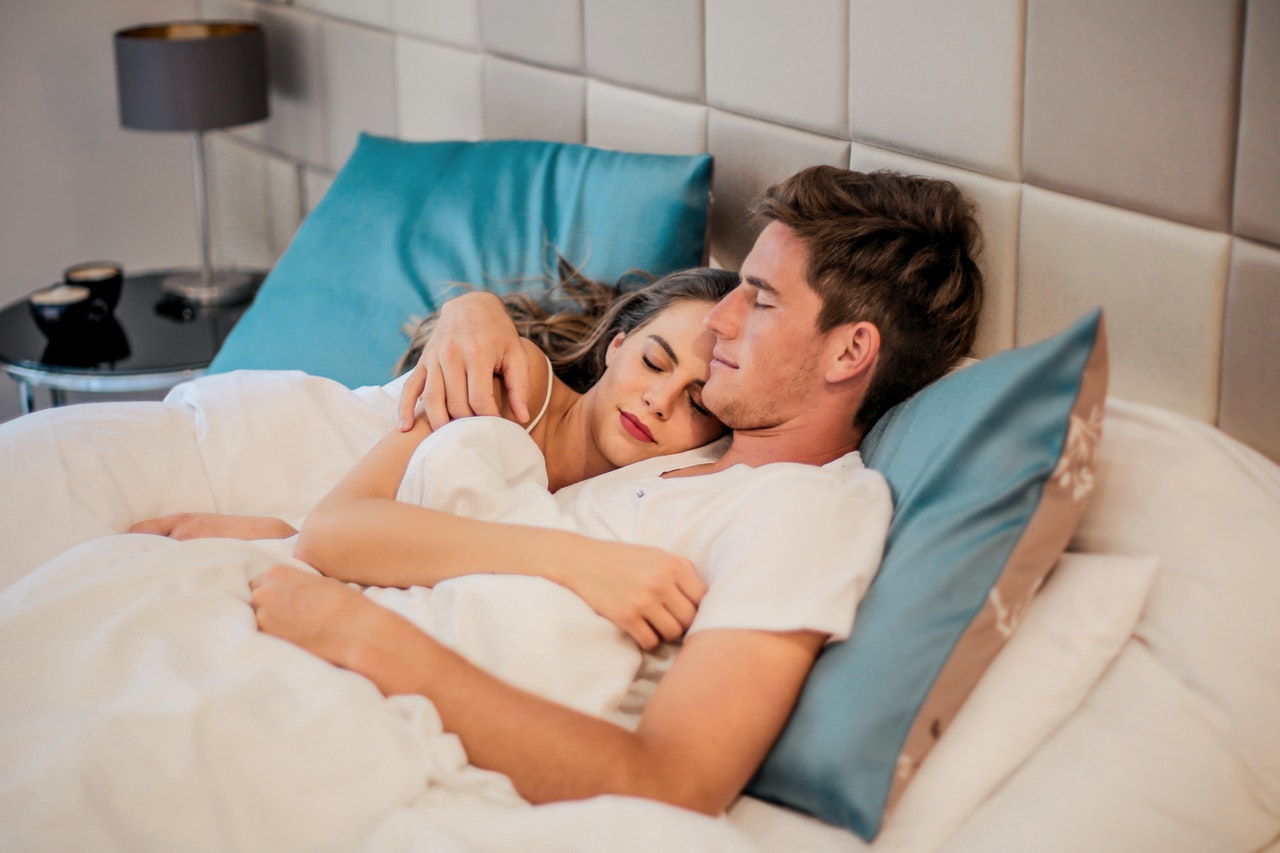 We all know this one. One partner is on their back, while the other snuggles up on their side to rest their head on the first partner’s chest. While it works for the camera though, it isn’t a popular sleeping style.

For one thing, you need that specific match-up. One partner must prefer to sleep on their back, while the other prefers side-on. Not that many couples meet this requirement. It also suffers from the same thing as the spooning option: when one moves, the other must too.

Just as with the spooning style, the romance film position is a nice way to lie down for a short while. For longer periods such as protracted sleep, these more intimate and cuddly choices aren’t all that practical in the end.

These are the basic sleeping positions out there, and doubtless, most couples have tried them all at some point. Ultimately, most people sleep fairly independently in whichever way best suits them, and it’s probably for the best.

While it’s clearly nice to cuddle up at certain times, you’re really better off sleeping in the position that allows you to sleep properly and you might want to research what is the best mattress for couples. There’s no sense in adopting unworkable positions for the sake of symbolism or a Hollywood image of partnership. 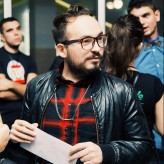